Winner of Bigg Boss Season 6 - Name - Urvashi Dholakia : 1.Finally Big boss Season 6 Reality Show winner has been declared recently and the Most talented and beautiful Television actress Urvashi Dholakia has won the sixth season of reality show Bigg Boss. urvashi-dholakia Bigg boss 6 winner - Imam Siddique was first runner up and Sana was declared as a ssecond Runner up and Niketan was the first to be eliminated so he was a last means fourth runner up. 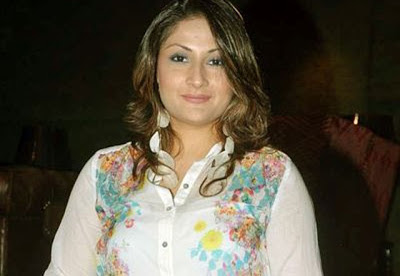 2.Bigg Boss 2013 Season 6 Winner Urvashi has won 50 Lakhs INR and also Trophy of Big Boss season 6 and While Imam Siddique was first runner up so colors channel gave him 10 lakhs INR for being a ‘wholehearted entertainer’. and he also had been given Rs. 5 Lakhs by colors channel during in running show earlier. This show is stared on 93 days ago and Urvashi is since first day of this show, Urvashi is One of well know face from TV . She is play one Ekta Kapoor’s famous serial ‘Kasautii Zindagii Kay’. The character of Komolika very famous in homes.

3.Candidates if you want to received all latest updates about Bigg Boss via Facebook, then join us on Facebook page. Candidates Touch with us for more updates or book mark this page for future reference.
Venkata Challa 12:15 AM Comment
Winner of Bigg Boss Season 6 - Name - Urvashi Dholakia
4/ 5
Oleh Venkata Challa