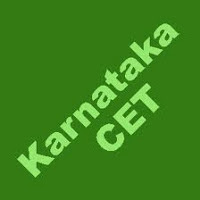 5. Around 1.39 lakh candidates registered for Karnataka Common Entrance Test (KCET 2014) for admission to professional degree courses. The examination was conducted in 287 examination centres across the State, of which 69 centres are located in Bangalore. Of the total students, 35,820 took the exam in Bangalore, and 1,03,419 appeared in 218 centres situated outside Bangalore.

6. Candidates Karnataka CET online counselling schedule, for the allotment of seats as per the scores, would be released after the declaration of results. However the document verification process will begin on June 2. Once published, Students would also be able to check the results vis  SMS, type CET (space) Registration Number and send it to 56263. - http://www.kea.kar.nic.in/cet2014/doc_verification_eng.pdf
Venkata Challa 11:37 PM Comment
K CET Results 2014 www.kea.kar.nic.in | Karnataka CET Results 2014
4/ 5
Oleh Venkata Challa