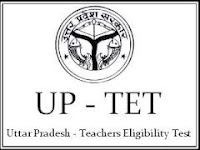 2. Candidates who have appeared for it can check their UPTET (Uttar Pradesh Teacher Eligibility Test) 2013 Exam Results using the below given links. UP Teacher Eligibility Test (UPTET) 2013 was held on 27th June and 28th June 2013 at 872 different centers in Uttar Pradesh and is conducted by Uttar Pradesh Basic Education Board (UPBEB), Allahabad. Approximately 76,65,634 candidates were appeared in this examination and are eagerly waiting for UPTET Results 2013. So get ready with your hall ticket/admit cards to check your UPTET 2013 Exam Results online.

3. You may face some server problems while checking UPTET Exam 2013 Results, this is due to over traffic as huge number of people will also be checking for the same.