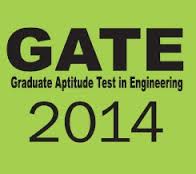 2. GATE is an entrance exam that is held for the admission in to M.Tech in several reputed institutions. Huge number of candidates from different streams appear for this GATE every year.

3. Hence most of the students plan to pursue M.tech after their B.tech in Aerospace Engineering (AE)  as they better jobs and pay packages with higher qualification.

4. If you are one among those Aerospace Engineering (AE) graduates who is going to appear for GATE-2013, you can go through the syllabus that is given below.

10. Candidates join us on Facebook to receive latest news and updates about GATE 2014. Guys bookmark our page or subscribe us for further reference.
Pavani 10:41 AM Comment
GATE Syllabus For Aerospace Engineering 2014 PDF
4/ 5
Oleh Pavani