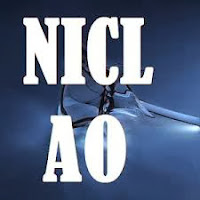 2. NICL AO GK Questions with Answers -  15th December 2013
According to a recent search , which is 3rd largest market for TWITTER ? Indonesia

Byte is the unit of ?
Memory

Diu is an island of ?
daman

Doctrine of lapse is related to ?
Dalhousie

Govt. Of world banned DDT, why ?

I.C is used in which generation of computer ?
4th Generation

In which month, 80% of sugarcane is growing ?

In whose periodic, painting is on the height ?
Jahangir

Led pencil is having component of ?
graphite

Varaha Mihira wrote a book "Brihat Samhita", it is related with?
Astronomy

When CD Rom is invented?
James Russell invented the compact disc in 1965.

Which animal in Logo of WWF?
Giant Panda

Which component of carbon having 3 dimensional structures?

Which is primary component of natural gas?
Methane

Who is the chairman of Lalit kala Akademi?
Kalyan Kumar Chakravarty